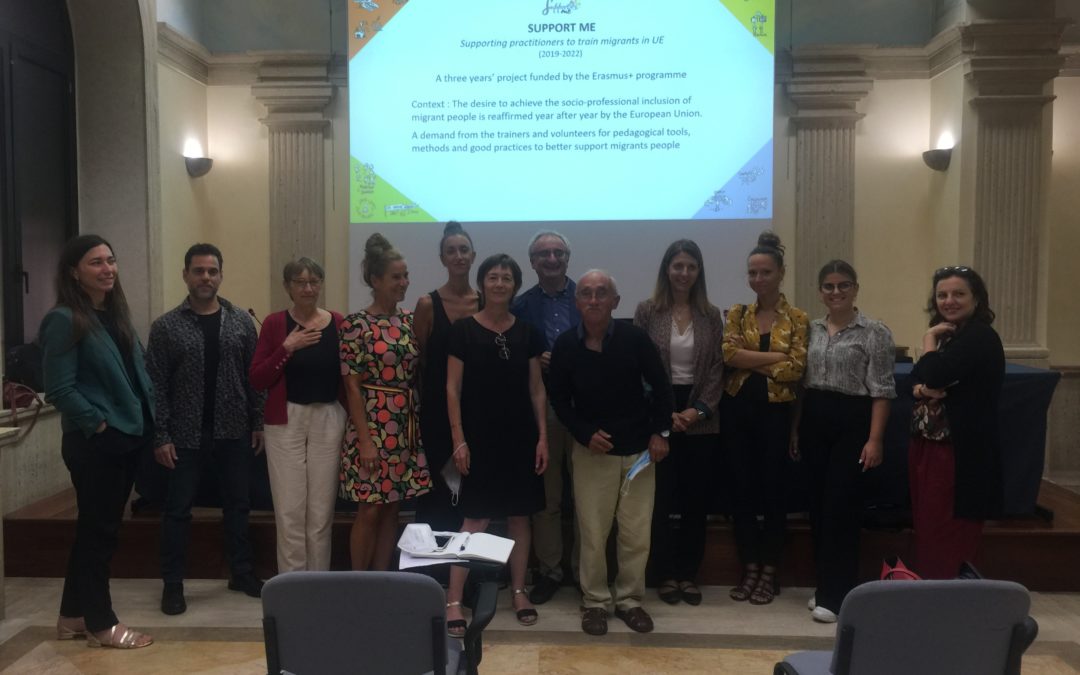 The Support Me project partners (Erasmus +  Strategic Partnership) convened at the Cavour Congressional Center in Rome on the 1st of October to welcome both national and international participants, and to present their Support Me user-friendly guide entitled “Practical guide for trainers and volunteers to train non-EU migrants.”.

The Italian partners of the project, Valentina Fabbri and Laura Bianco of  Programma Integra, a social cooperative promoting the social inclusion and the autonomy of migrants and refugees, which organized the event, received the 70 participants on behalf of the partnership.

Project coordinators Anne Larramendy and Marie Josée Duranton of the INSUP training center presented the background behind the project, as well as its goals, intellectual outputs and awaited outcomes.

Sabine Wiemann of BUPNET, the german partner, detailed the 4 composing chapters of the guide: Knowledge of migratory phenomena, Managing the cultural diversity of the group, Addressing the migratory journey, Managing wellness elements; as well as the three educational contents developed for the intercultural modules DIME.

Four informationally rich presentations, which were in direct link with the subjects touched in the Support Me guide, were given during the day:

The Support Me partners are continuing their work and are actually in the process of developing an educational method to facilitate the identification and recognition of the various transversal skills that migrants have (available in July of 2022, at the end of the project).

Discover the audios of the interventions (in English):